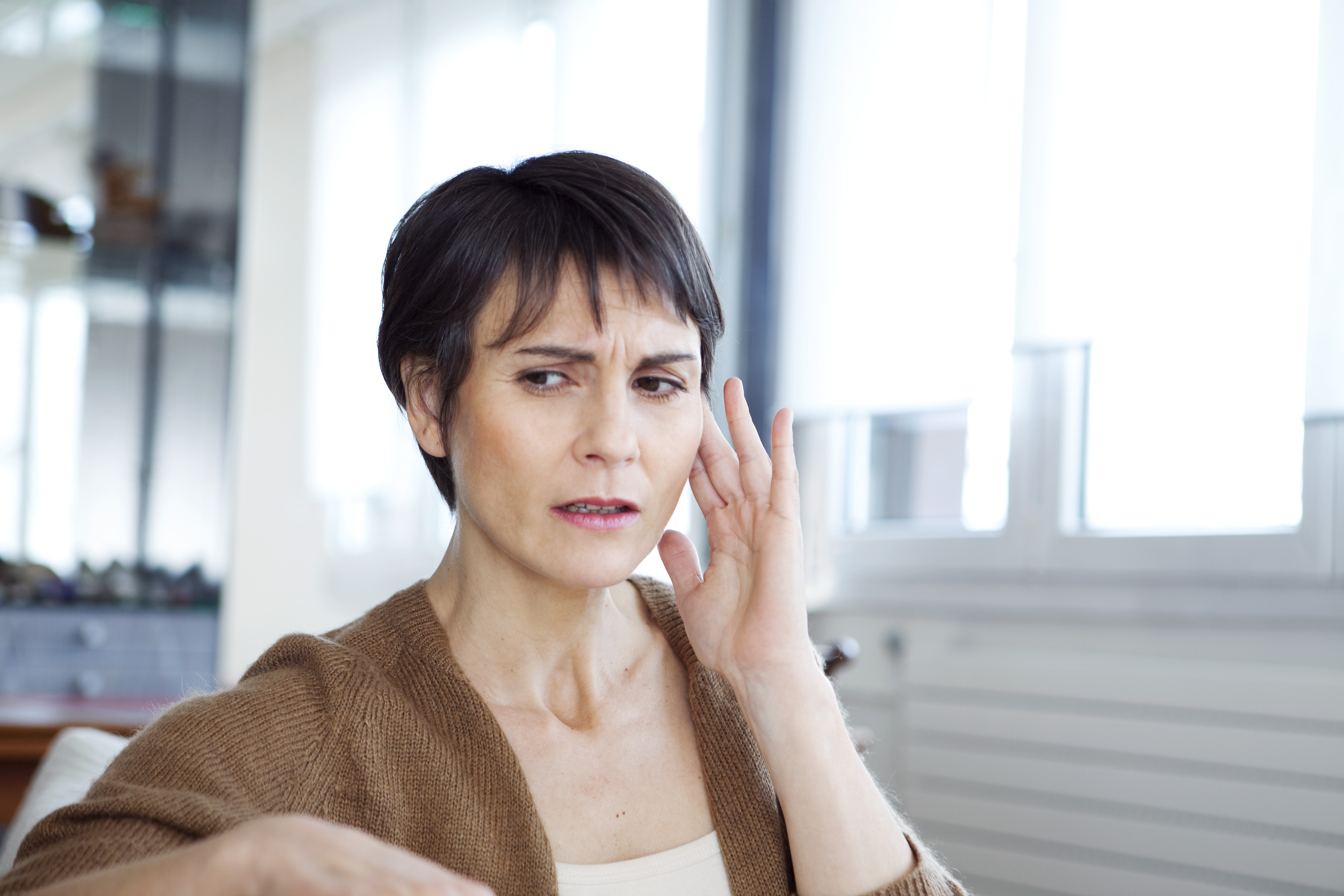 Tinnitus is a perception of sound in absence of an external source. This physical condition is caused by a fault in the hearing system.

2. What are the different sounds of tinnitus?

The list is long! The most often reported sound is whistling in the ears. Patients also describe sounds such as pulsing, buzzing, ringing, humming, chirping, etc.

3. How common is tinnitus?

Around 700,000 Quebecers suffer from tinnitus, 10% of which show severe symptoms that greatly hinder their quality of life.

Tinnitus can be brought on by a number of causes and factors.

Tinnitus is not dangerous. However, when symptoms are loud and ongoing, they do become very disturbing. They can lead to insomnia, irritability, impaired concentration, isolation, even depression in more severe cases.

6. Is tinnitus an inner-ear or cerebral problem?

According to latest research, tinnitus is a combination of both a loss of hearing due to a problem in the internal ear (sometimes very subtle) and a disproportionate response in the brain, leading to the perception of sounds that don't really exist.

7. Are all cases of tinnitus the same?

Given the complexity of the hearing system, tinnitus can be experienced in several different ways. It can set in suddenly or gradually, it can be present in one ear or in both, it can be occasional or ongoing, it can even be perceived in different areas of the head.

8. Can the symptoms be dampened?

Most people suffering from tinnitus are especially bothered by symptoms at bedtime because of the low level of noise. Listening to soft music, the ticking of an alarm clock, radio static picked up from a wrong frequency or the sound of a fan are all tricks that can help dampen the symptoms. In short, best to avoid complete silence!

Hearing aids can help reduce discomfort in certain patients who suffer from mild to moderate hearing loss by making tinnitus less perceivable. When hearing aids aren't enough, patients can also opt for a white noise generator. This device emits noise similar to that of a radio tuned in between two stations, at low volume.

10. Can tinnitus disappear on its own?

In around 25% of cases, tinnitus disappears suddenly, without any treatment.

Nowadays, a simple remote control actually allows you to pair your hearing aids to your electronic devices to improve your hearing.

The citizens of Saint-Sauveur and neighbouring municipalities now benefit from expert local care.

Here's a quick overview of the main professions who care about your audition!

Unlike the visual system which continues to evolve during the first few months of life, the hearing system is fully developed at birth.

While taking a dip can be greatly relaxing and fun, it can also bring on unwanted outer ear infections, also known as swimmer’s ear.

The Focus is on Prevention and Intervention.

Sudden hearing takes place over a period ranging from a few seconds to three days and involves hearing damage in the order of 30 decibels.

The onset of presbycusis typically occurs around 60 years old. This natural phenomenon is the result of cell generation in the ear.

The right listening and communication strategies can help improve the performance of your hearing aids.

Industrial deafness, or occupational hearing loss, is the most common work-related disease.

My passion was born from a desire to help those close to me. Thirty years later, the flame is still alive.

Fifteen or so years ago, cell phones were mostly used to make phone calls. But are they dangerous for our ears?

Hearing care should be given the same importance as dental and vision care to make sure our children are ready for classes.

Tinnitus is a perception of sound in absence of an external source. This physical condition is caused by a fault in the hearing system.

By raising awareness among young people about a few ground rules, teens will be able to keep enjoying their music without harming their ears
Conception Web : Voyou - Performance créative